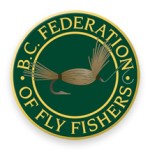 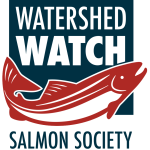 When Canadian officials step up to the podium at COP15, they will assure us that all is well with our fisheries and that appropriate steps are being taken to address those populations that are of concern.

Nothing could be further from the truth.

“Many salmon populations in B.C. are headed for extinction and the federal government is essentially managing them to zero,” said Jesse Zeman, Executive Director of the B.C. Wildlife Federation. “They have multiple levers within reach: salmon farming, non-selective fisheries, habitat restoration and acquisition and pinniped predation, and we need to pull on all these levers at once.”

Many Chinook, sockeye and other salmon runs are in historic peril and the number of steelhead returning to the Thompson and Chilcotin watersheds is the lowest ever recorded, according to a spawning population estimate by the provincial government. Both populations are classified as an Extreme Conservation Concern. The 2022 steelhead spawning population for the Chilcotin watershed is estimated to be just 19 individuals, putting it on the brink of extirpation.

The Thompson River steelhead population is estimated to be 104 individuals, according to the preliminary estimates conducted by the Ministry of Forests, Land, Natural Resource Operations & Rural Development. Several sub-populations are near extirpation, including the Deadman River (20 members), Bonaparte River (20), and Nicola River (64).

The Committee on the Status of Endangered Wildlife in Canada (COSEWIC) conducted an emergency assessment of the Thompson River steelhead and the Chilcotin River steelhead in January of 2018 and confirmed those runs as Endangered. They were reassessed and confirmed a second time in 2020. The federal government twice refused to protect them through a Species At Risk Act listing.

The situation for B.C’s other iconic salmon species is just as dire.

Sadly, the list grows with each assessment cycle, despite Ottawa’s assurances that all is well.

Fisheries and Oceans Canada is pursuing the $647 million Pacific Salmon Strategy Initiative launched last year which prioritizes conservation and stewardship, hatchery production, harvest transformation and integrated management. To date, 79 of British Columbia’s 138 unique commercial fisheries have been flagged to be curtailed and federal officials have taken first steps toward a commercial fishing license buyback program. What the Initiative has not done is facilitate plans for the recovery of endangered and threatened salmon and steelhead populations. Priority stocks will not be identified until next year at the earliest. Indeed, the government’s own timeline doesn’t call for “actioned” recovery plans until Year Five, by which time the money committed will have been spent.

This is nothing new.

The federal government’s Wild Salmon Policy called for the creation of rebuilding plans 17 years ago and has so far accomplished nothing. The new Fisheries Act requires the government to pursue recovery plans for at-risk populations, but no action has been taken to date.

“The government’s failure to protect salmon and steelhead in B.C is unraveling the social fabric of communities across the province,” said Myles Armstead, President of the B.C. Federation of Fly Fishers.

An audit of Fisheries and Oceans Canada (DFO) by Environment and Sustainable Development Commissioner Jerry DeMarco tabled in the House of Commons in October found inadequate staffing, knowledge gaps and a bias against protecting species of commercial value.

“The federal government’s refusal to use Canada’s Species at Risk Act to protect endangered salmon and steelhead is a national disgrace,” said Aaron Hill, Executive Director of the Watershed Watch Salmon Society. “They don’t even have rebuilding plans in place. The Prime Minister needs to demonstrate his commitment to endangered species recovery by ending his refusal to protect endangered Pacific salmon under the law that exists for that exact purpose.”

We have several powerful policy pieces in place. But the federal government has sidestepped the most powerful tool at its disposal, by repeatedly refusing to use the Species at Risk Act to protect salmon and steelhead and stop their slide toward extirpation. If they are officially protected, it becomes illegal to “kill, harm, harass, capture or take an individual” of the species, and critical habitats must be protected.

The federal government would be legally obligated to protect these fish, which would effectively shut down any salmon fishery that might kill them or destroy key habitat. Fisheries targeting healthy salmon runs could continue to thrive by using selective harvest practices and extending closure windows on the Fraser River to allow endangered steelhead to pass unmolested. Further, the government would be forced to set recovery goals and pursue a recovery strategy.

It’s a worthy first step, if only the government would show the foresight to take it.