Three small words started Charla Gaudet on her path to joining the B.C. Wildlife Federation’s Board of Directors: “Why not you?”

Charla was already interested in conservation, an active hunter, and aligned with the Federation’s values on sustainable wildlife management and sustenance hunting, so when she had the opportunity to speak to members of the Board of Directors at a trade show, they encouraged her to apply. “Why not you?” After giving it a lot of thought, Charla decided that she wanted to be involved.

“You just never know. I think it’s really important that conservation efforts are being cared about and fought for by everyone of every age, of every gender, of every race,” she said.

Charla grew up on the ocean, in a lobster fishing town in Nova Scotia. Her brother and grandfather both hunted and fished, but she was never encouraged to participate. She moved to Prince Rupert to work as a physiotherapist after graduating with a Masters of Physical Therapy from the University of Western Ontario in 2015 and was introduced to hunting by her then-boyfriend, Mitchel, and his dad. Charla took her CORE, got her hunting license, was taught how to clean deer out in the field, and she discovered that she really enjoyed it. She already spent most of her free time outdoors hiking, kayaking, and biking, so she got her PAL as well.

Her physiotherapy practice ties dovetails with her passion for outdoor recreation.

Physiotherapy is moving your body and having good quality of life. For me, being outdoors encompasses those things. You get to move your body in any way you choose to, de-stress, find happiness, and relax. As a physio, I like to educate patients on finding an outlet that allows them to move their body in a way that makes them happy. When your mental health is good and you feel like your quality of life is good, it makes you want to take care of yourself.

Working as a physiotherapist also provided Charla with opportunities to explore, as she could take temporary positions to cover holidays or maternity leaves in remote hospitals. A three-month stay in Iqaluit allowed her to work alongside Indigenous people and learn about their culture, experience dogsledding and winter camping, learn to hunt geese, eat berries preserved by freezing in the snow, and watch caribou roam free across the tundra. 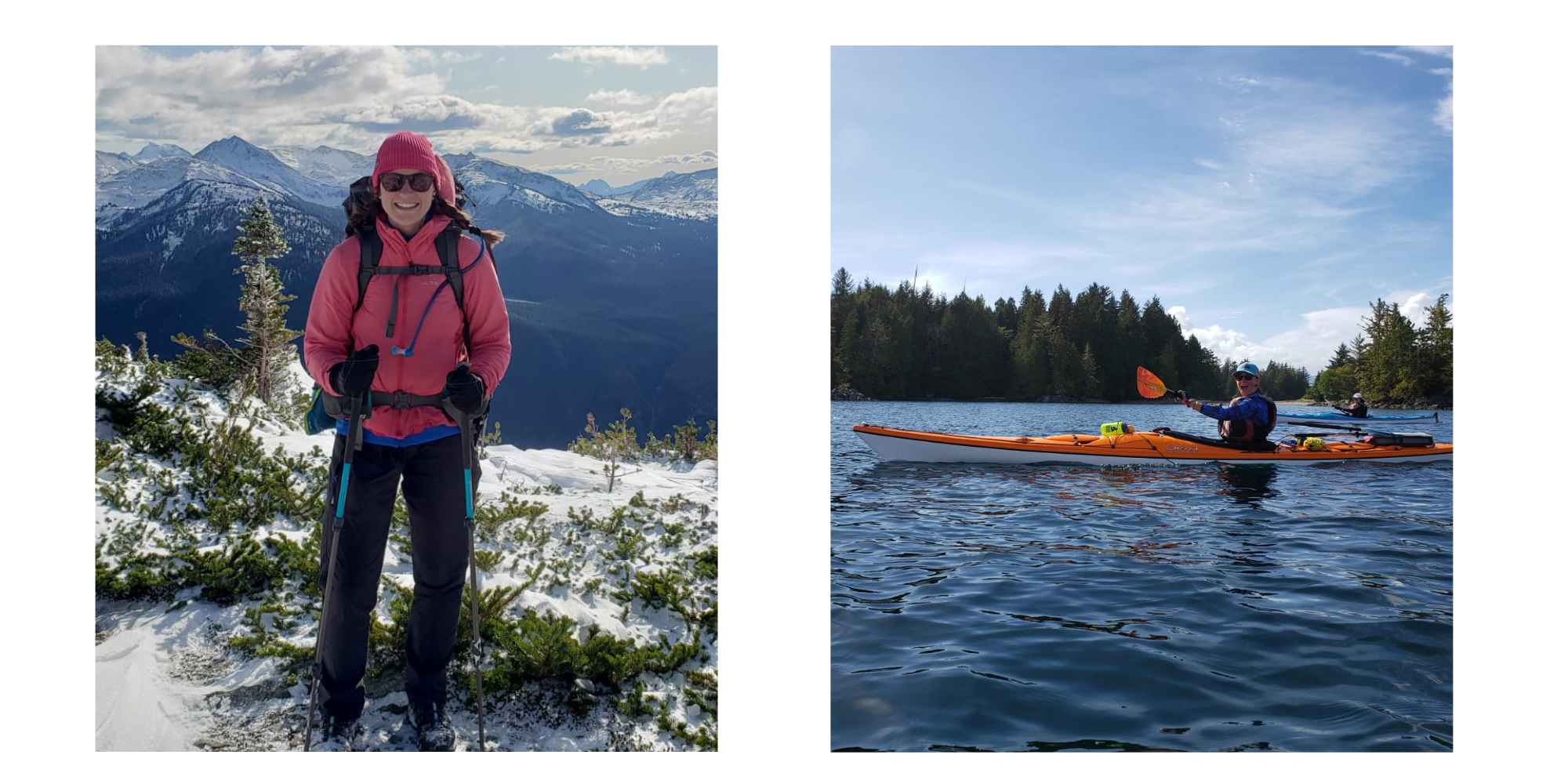 Since becoming involved in the hunting community, Charla has seen a drastic change in the way that she eats and shops.

“I think the biggest thing is we hunt for sustenance, so we don’t want to hunt any extra than what we need in our family,” Charla said. “We find now that we barely buy meat at the grocery store and when we do we realize that it doesn’t taste the same, it’s not as good.”

Learning about climate change has changed how she provides for her family.

We cut back on total meat intake, are trying to eat more local produce, and are trying not to buy things that are wrapped in plastic,” she explained. “It opened a door into more sustainable shopping practices in kitchen, and this chain effect started from some of the initial practices of learning to hunt and fish and meeting other people who did and learning about climate change.

As Charla learned more about hunting, angling, and sustainability, she found that she enjoyed being surrounded by people who were also working toward a sustainable future for fish and wildlife in B.C. She started volunteering for Wildsight and the Backcountry Hunters and Anglers, married Mitchel, whose family is heavily involved in conservation, and enrolled in a Bachelor of Science program to learn more about conservation and habitat restoration. She continues to be involved in outdoor sports, including kiteboarding and gravel biking. Charla and Mitchel went on a week-long kayak trip off the north end of Vancouver Island for their honeymoon.

So, when the opportunity to run for the BCWF Board of Directors presented itself, Charla realized that her experience and skill set put her in a great position to join and make a difference. “Why not me?” 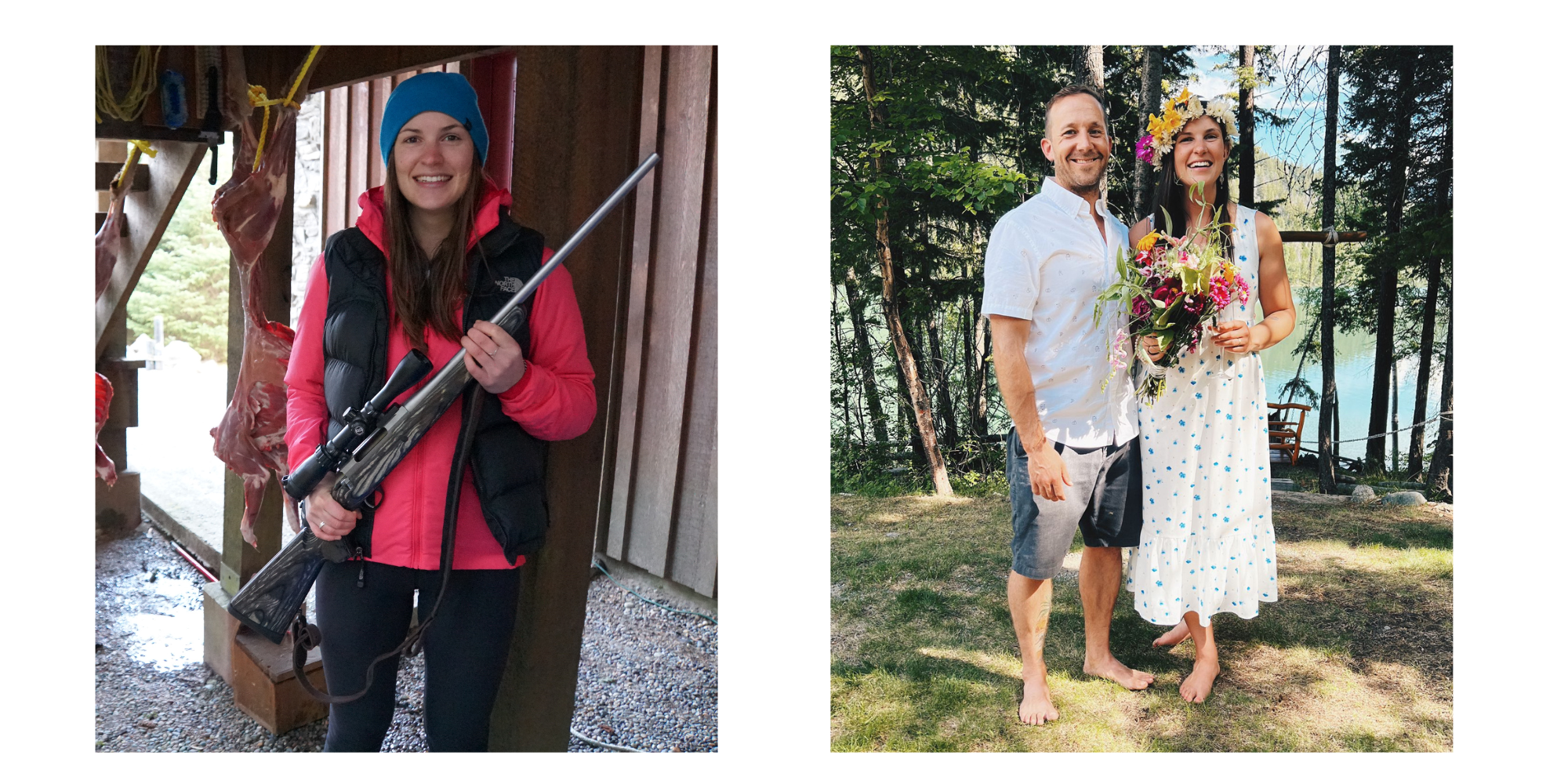 As a member of the BCWF Board of Directors, Charla wants to get more women and young people interested in conservation and outdoor recreation, and make people aware of the issues that wildlife in British Columbia face.

“I want people to become more educated about what’s happening in their backyards and the fields and the forests,” she concluded. “I think that if more people understood the issues, and if they knew more about the fights being fought in the conservation world then more people would sign a petition or post a video.”