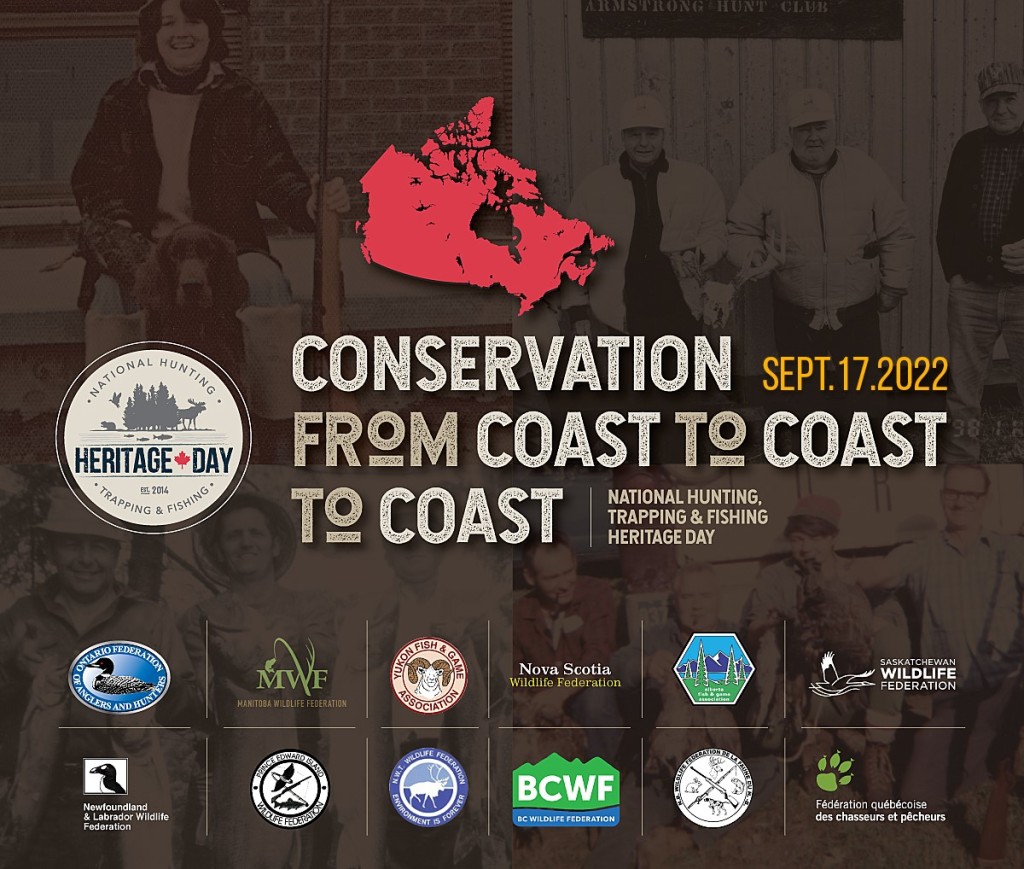 Thank hunters and anglers for our conservation institutions

Much of British Columbia’s early history is characterized by wanton plundering of seemingly endless timber, minerals, and fish by commercial interests, and from cities such as Vancouver and Victoria the bounty must have appeared to be limitless.

But the outdoors community of hunters and anglers could see the truth. As early as the 1890s, rod and gun clubs formed often out of concern for the state of wildlife habitats and species that British Columbians depended on for food.

Roads, railways, logging, and mining were destroying vital habitat. It was out of this concern that groups such as the B.C. Wildlife Federation emerged as a powerful voice for dozens of local clubs, representing tens of thousands of hunters and anglers whose primary interest is in conservation. With the rise in public concern for the natural world in the 70s and 80s, the Federation retooled with a broad environmental mandate and engaged with the government peer-to-peer.

“The B.C. Wildlife Federation has a large base of support and has always been an influential voice, one that the government has always respected for taking on significant issues,” said Les Husband, past president of the BCWF. “As a result, we were invited to participate in major projects, initiatives, and policy development.”

“Sixty-six years ago, when all the local clubs got together to form the BCWF, it was a group entirely concerned with fish, wildlife and conservation,” he explained. “So, the government would always come to us for advice, recommendations and participation.”

The Habitat Conservation Trust Foundation is arguably B.C.’s most important conservation institution. HCTF has acquired 25,000 hectares of land for conservation and distributed more than $206 million to 3,550 conservation projects since it was founded in 1981.

You can thank hunters, anglers, trappers and guide-outfitters, who agreed to pay license surcharges to fund that work for the benefit of all British Columbians.

“The HCTF sets aside about $500,000 a year for land acquisition in conjunction with the Nature Trust, and other agencies including Ducks Unlimited, Nature Conservancy and regional districts,” said Husband, who is also an HCTF board member. “We look for ecological value, but it also has to remain available for hunting and angling, and it has to be maintained or we won’t put money in.”

The creation of the HCTF was spearheaded by Carmen Purdy, president of the East Kootenay Wildlife Association and a director of the BCWF, government biologist Ray Demarchi, and Cranbrook trapper Joe Hall. The Social Credit government of the day, which included forward-thinking cabinet ministers Rafe Mair, Stephen Rogers and Jim Hewitt, immediately saw the wisdom of dedicated funding for conservation. Eventually, the fund was enshrined in the Wildlife Act.

“Hunters, anglers, guides, and trappers told the government that they were willing to pay more money into a fund for wildlife enhancement, things like repairing a fishing stream or fencing to keep wildlife from getting on to the roads,” said Greg Sawchuck, past president of the BCWF.

One of the HCTF’s most successful enhancement projects involved taking Roosvelt Elk from Vancouver Island and relocating them to locations around B.C. One herd on the Sechelt peninsula has grown from 30 animals to 1,600.

“I’ve been involved with moving about 150 elk to various locations, but that is the most successful translocation story in B.C. history,” Sawchuck recalled. “As hunters we want to be able to harvest some of the elk, but there are lots of people who like to view them, too.”

Each year, more than $10 million a year is disbursed by HCTF to about 350 projects, carefully reviewed for the strongest likelihood of delivering benefits for native fish and wildlife. The foundation’s work is conducted at arm’s length from government to ensure that money collected to benefit the environment is spent on the environment. (An earlier attempt at user-funded conservation initiated in the 1940s grew a sizable nest egg, which was absorbed into general revenue by the provincial government to the dismay of everyone involved.)

Years earlier, the BCWF had spawned a sister organization dedicated to boots-on-the-ground habitat restoration work, which had become moribund. But in 1986, the British Columbia Conservation Foundation became the first general contractor for the HCTF, which handled the money and vetted the projects.

BCCF now works with governments at every level, First Nations, environmental non-governmental organizations and community groups, including game clubs, to do the work of restoring damaged habitat and acquiring sensitive lands. Beginning its functional life with a handful of fisheries and wildlife projects wrangled by members of the hunting and angling community, the BCCF has since completed more than 5,000 projects worth $123 million.

The foundation’s Land for Wildlife Fund leverages its funds by partnering with other conservation groups to create a pool of money sufficient to purchase 11 properties for the benefit of critically endangered species, according to Carmen Purdy, a past chair of the foundation and a past president of the BCWF.

“Doing boots on the ground habitat restoration dates back to the very origins of the B.C. Wildlife Federation,” Sawchuck noted. “It was a core priority and function of the local clubs. They always had goals like restoring a stream and they would fund those themselves. We always put our money where our mouth is and that is our fundamental foundation. The BCWF supports dozens of those projects every year and they take thousands of hours of volunteer time. Some of our clubs even run their own hatcheries.”

The BCWF always took a leading role in pressuring government to account for the damage that economic development wrought on the landscape, especially hydroelectric development, recalled federation past president Harvey Andrusak, who helped negotiate compensation from BC Hydro on the Arrow Lakes and Revelstoke dam projects.

“Graham Kenyon was president of the day for the Federation, and he was very instrumental in forcing the government to recognize that compensation was required,” he said.

This year, the BC Hydro Fish & Wildlife Compensation Program will disburse nearly $10 million to 95 fish and wildlife restoration projects.

You can’t see it easily from the city, but hunters and anglers are working hard to maintain British Columbia’s natural assets for the generations to come.